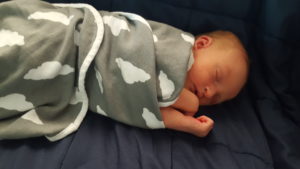 You started your labour on Sunday evening. Ringing me on Monday morning to let me know that things had started. I touched base throughout the day, however everything settled and you were able to get some rest. I went to bed early in the preparation of a potential phone call overnight. I was so excited to be a part of this special and important day. I didn’t receive a phone call at all overnight, but on waking the following morning, Tuesday. I had missed a call from your fiance not long before. I rang back and chatted to him. You had slowly but surely been laboring through the night, working hard to prepare your body, your cervix and your baby for the big day that was to come. I decided to wait until I had done school drop off and come straight over to see how things were progressing, as we were still in the early days.

Your Midwife arrived and stayed with you for awhile at about 7.30am confirming that things were progressing but still early in the process. Baby still had some rotating and you had some resting to do. I spoke to you again at 8.45am while I was sitting at school and while you were still surging irregularly, I decided to come over to offer some support and try and help in letting you rest and build some energy.

I arrived not long after 9am, you were tired and looked a little lost, unable to get comfortable and just wanting to have a rest. You had a temazepam and this was clearly having an effect. I lathered you in essential oils (Balance and an anxiety Blend) and set you up to rest standing over a stool while I applied pressure to your hips with a hip squeeze. I applied acupressure to your lower back and after a little while I moved you into bed to rest on you side. I tucked some pillows between your legs, lathered you in more essential oils, showed your fiance my acupressure cheat sheet and we applied pressure to different points through surges while you settled and began to rest. 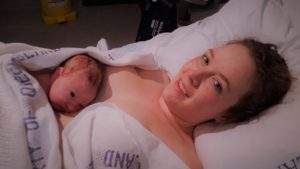 I had started my birth playlist including the rainbow relaxation, affirmations and HypnoBirthing music. We applied light touch massage to assist you to relax and rest. After approximately 30minutes, your fiance went to get some rest himself, I reheated your heat pack and settled in to sit with you. At this point surges were settling and shortening and I thought I would be leaving in an hour or so to let you rest for the day. Baby had other ideas though.

You snored between surges for about 45minutes, at 10.30am your surges had increased to 3:10 but were short and sweet, by 11am you began to feel some pressure below. Not long after this you wanted the toilet so we wandered down the hall to the bathroom and then you hopped in the shower. You tried the ball in the shower, but this wasn’t working so we got rid of it quite smart. I was half way through messaging your midwife to let her know you had some pressure when your membranes released in a gush in the shower. I finished my message off with this additional note and your midwife said she would be around shortly.

Your Midwife arrived at 11.45 To a powerful woman surging and moving through her labour quickly and lovingly. We discussed transfer to hospital and after a few discussions you decided you wanted to stay home, which we all agreed and supported you with. While you were in the shower your Fiance and I alternated in preparing the bath for you to continue to labour in. Your Midwife had let me know babies position was deflexed OP so keeping you relaxed and breathing as much as possible was important to assist baby in moving around to a optimal position. You moved to the toilet from the shower when we started to fill the pool. I continued to apply Clary Sage, acupressure and Light Touch Massage, while the playlist continued to play in the background. 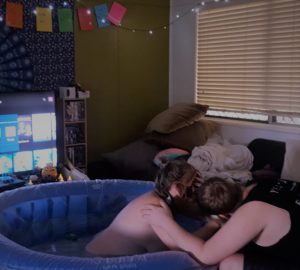 Your pressure had increased and your surges sounded much more expulsive at this point indicating we were getting close to being fully dilated. It was about 1/1.30pm I rang mum at this point to give her an update, she was thrilled you were doing so fabulously, she had a croak  in her throat when she sent kisses and a cuddle and wished every ounce of good wishes she had. She was pleased you were staying home where you felt comfortable and Alex was happy. We waited.

At 2.10pm, after discussion regarding babies position, where you felt babies head was and how you felt progress was going, your little family decided with your midwife to have a feel of baby. Your midwife felt while you were on the toilet then moved to your bedroom for a bigger feel. It was at this point we tried lithotomy (knees back) to try and bring baby down and it worked really well for a number of surges. We started coached pushing at this point to attempt to nudge baby. While your midwives and myself hated it, it worked well in nudging babies malpositioned head into a better and better position and further down his birth path. He handled every part of this process with the utmost happiness.

We moved from lithotomy to lunges by the couch to the toilet again and then into the pool. You showed extraordinary strength moving between positions, lunging to give baby space on both sides, using the stool on the toilet to provide baby all the room to navigate the journey.

You finished this process with squats in the lounge all with the assistance of your Fiance. Standing, resting and hugging between surges and moving into a deep squat with the surges. At 4pm we discussed the need to transfer to hospital, baby was still happy and coping, but with 2 hours of coached pushing approaching, it was a possibility this would not remain the case or that baby may need some assistance.

I was surprised by the announcement that I was to take you to hospital, something I was unaware and unprepared for so while you slowly and surely made your way across the front lawn I rushed to the car to unplug car seats and tidy up the floor so you had space to sit. We emptied and locked the house in record time and were on our way in less than 10 minutes. You had your last surge in the house using the door frame to support yourself and cuddled me in the front yard prior to moving into the car.

You had two surges in the car but had moved into a more aware and responsive manner in the car, providing me with directions to the hosptial, Alex and I parked up in the emergency entrance and walked you up to the birth suite much to the surprise of many volunteers and other staff. The Volunteer we saw at the front was quite insistent on a wheelchair, however you were very insistent of your own. You slowly made your way in to the lifts and then to the Birth Suite entrance where the door was waiting open for you.Your Fiance ran in to let them know, however all they knew was there was a  Private Midwife lady coming in. We slowly made our way down to Room 5 after another insistence on a wheelchair. We had beaten the midwives. The Team Leader asked whether you had been fully and pushing for a while to which you positively replied. 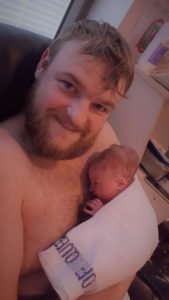 We got you into the room and I came out to see your midwives running through the Birth Suite down to you, I came back in with them prior to running out to move the cars. I moved my car then ran back and moved yours. I rang mum during this time to update her as she had expected a baby by now. I cried in the car as I told her how proud I was, how strong and determined you were.

I ran back to Birth Suite ran up the hall and entered your room quietly. Your Midwife beckoned me over as you sat in all fours on the mattress leaning into  your Fiance on the bed. She had a mirror under you and I could see your gorgeous babies head. I have never been so happy or excited. If I had been proud before I was sitting on cloud 9 in that moment. I squeezed you so hard and tucked the unshed tears back in my head.

It wasn’t long after when your Midwife asked if your Fiance was catching. We swapped positions, me taking the place at your head, you holding my legs and your Fiance at your legs ready to catch your littlest member. He was born into his daddy’s arms and handed to you through you legs. You picked him up and cried as did every other person in the room at that moment. As you came together, babe in arms, I stood back to watch your beautiful new family. The midwives hugging each other hard behind you.

3 thoughts on “My Baby Sister’s Birth”