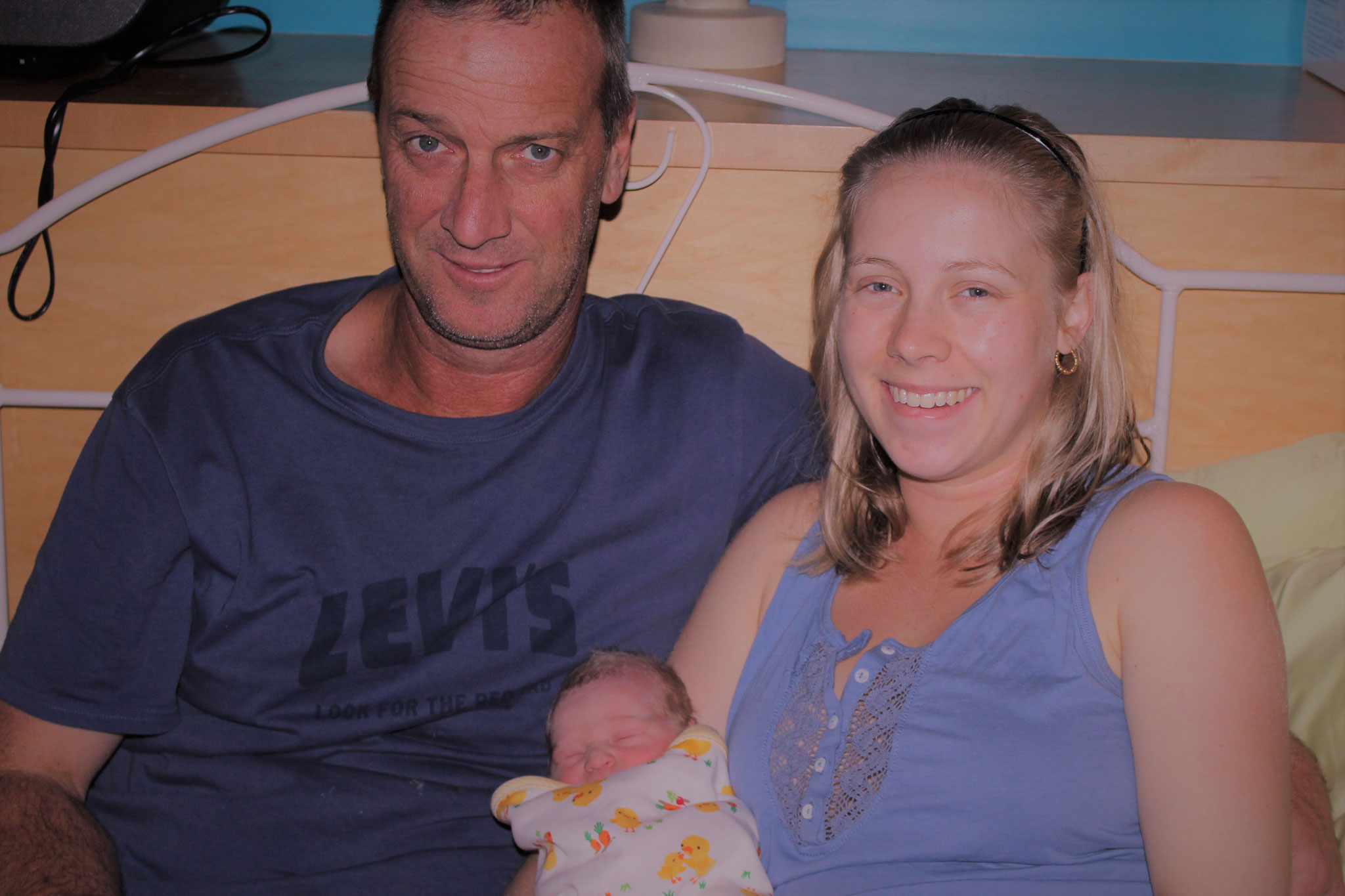 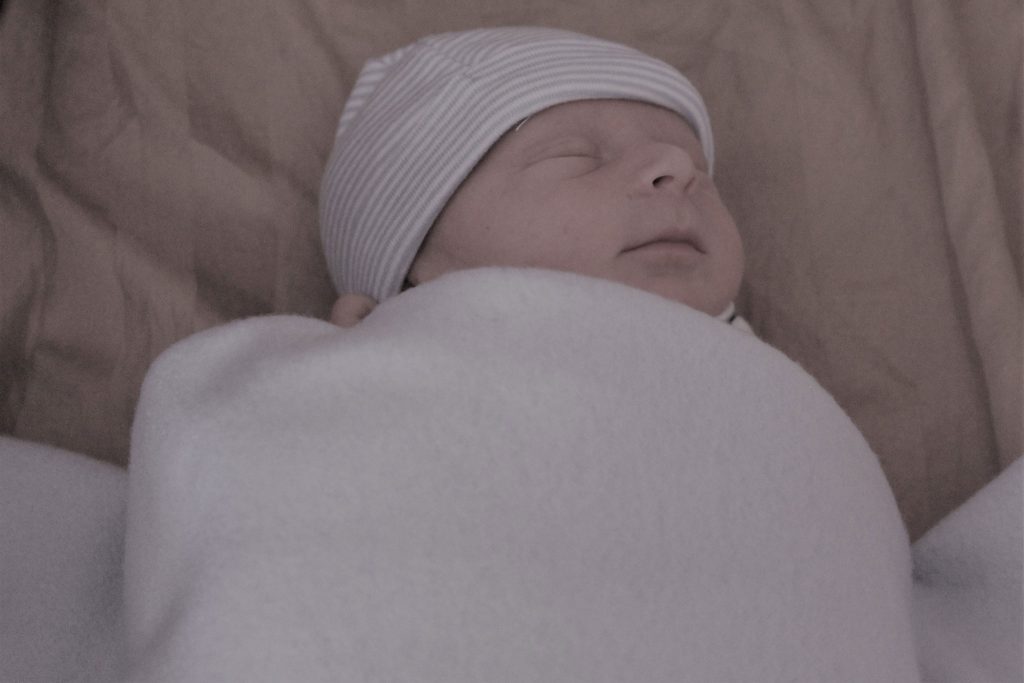 When I had my first baby, I was young, I had finished my new grad (first year as fully fledged) Midwife year not all that long ago and was finding my way in my new career. My partner and I were discussing a puppy, buying a house and when we should start trying for a baby. Unexpectedly we fell pregnant very quickly shortly after these conversations. We felt blessed, we felt so lucky to have been given this opportunity so quickly but we also felt a little apprehensive there were things we had wanted to get done before a baby arrived. How was everything going to work?

Funnily enough I had not done any hypnobirthing training at this stage, but felt positive about everything in our life, and knew it would all come together somehow. It did too! At 32 weeks pregnant we found the house of our dreams, put in an offer and got it so at 36-37weeks pregnant we were moving into OUR home in preparation for our new baby and family. I was prepared for birth, having enough knowledge from my midwifery training and work, but still being quite early in my career so as to enjoy the nativity of a lack of deeper knowledge while being able to remain calm, confident, look at the positives and all of the benefits in our pregnancy and situation.

Moving into our home, enjoying our first night as home owners and having my baby shower at 37 weeks must have been the trigger for my body to begin it birthing process. My mind felt it had completed all of the tasks needed for my body to accept birthing and to get on with it. I see so often that women have lots of tasks they want to complete prior to babies arrival and then stress when bub doesn’t come at the completion of these. There is always something mum has forgotten or emotionally needs to sort before the process begins.

My labour started with my membranes releasing. I awoke to a feeling of slightly increased wetness in my undies at 4am. It was small, it was clear and as strange as this sounds, I didn’t know whether it smelt like amniotic fluid or not (as midwives you learn to identify the smell quite quickly, it is very distinct). Nothing was happening so I popped on a pad and went back to bed and figured I would look at it when I got up. 8am came and with waking I found a bit more fluid on my pad, not much but slightly more than what I was used to. I rang my midwives to let them know, one of the 3 midwives on my team had just finished doing a birth with another lady so was at the hospital. She told me to come in get checked and then I could go home and represent when I felt ready and things started happening. Hubby and I made our way i, it ws an easy drive being a Sunday morning, we met one of our lovely midwives who did a set of obs, had a chat for 30 minutes while we had a listen to bub and on our way we went. I declined any pain relief tablets or sleeping tablets at this time as I really wasn’t have any tightening or surges at all.

We went home, went for a walk, we were meant to have pregnancy photos this day, however I rang and cancelled them so I could enjoy a restful day in preparation for our babies’ arrival. I visited my parents in the afternoon, after a nap, did some stairs, at some chilli chips and waited patiently for things to begin. I knew in my mind though that nothing would commence until I had gone to sleep that night and had a few hours rest for my body to prepare. Sure enough at midnight on the dot I awoke with the beginning of my surges, they were fairly mild but enough to keep me out of bed, I tried to rest on the bean bag, used the exercise ball at our counter. Hubby woke about 1am to come and see where I was, he was fantastic in sitting with me and just being present, which was all I wanted. We chatted in those early stages and tried different things to see what worked well for me. At 5am I rang my midwife to discuss my progress as I knew they would want to discuss antibiotics as my membranes had released over 24hr before. I felt I was still comfortable at home, using a heat pack on my lower abdomen, however, we made our way in for a check-up, being first baby, like most mums I wanted to be on the same page as my midwives. At the hospital I wandered around for an hour or so while my midwife (the same from yesterday) watched my behaviour. My surges fizzled and settled and I was sent home without any further intervention.

Being home, I jumped in the shower to enjoy the warmth of the spray and absolutely hater it, we had been home less than an hour probably closer to 30minutes when I told Hubby to ring the midwife back that we were coming in and I was NOT leaving. We made our way back to the hospital (another 30 minute drive all before 9am). Unfortunately for us it was Monday the first day of Ekka and we were going to the RBWH Birth Centre so got stuck with at the turn off by a massive traffic jam. I must have looked strange to the police officer doing traffic control but if I could have yelled, I would have had a number of things to say to him. By the time we go the emergency entrance the entire RBWH car park was full as was all the emergency parking, hubby parked up in the ambo bay and ran out to chat to the volunteer patrolling the emergency area. He took one look at me as I got out of the car and asked if I would like a wheelchair or if there was anything he could do for us. His face always brings a giggle.

We arrived in the birth centre once again at the same time as our midwife for birth (a different but just as beautiful woman I had met through my appointments). She suggested I try the shower again, as I had declined continuous monitoring (policy for prolonged membrane release unless baby indicated it was distressed), while the bath filled up and while I hated the idea I obliged, I was in there for a while before she (finally it felt like) agreed to do an internal examination. (When membranes release prior to labour the risk of infection is increased especially with internal examinations, hence the midwives reluctance to do any form of internal prior to getting a full picture of my labour progress). I was 5cms at this stage (1pm), I had made fantastic progress but realised as soon as I heard the number that hearing my progress in numbered terms was unhelpful, what was fantastic was to know I had made progress, I was having a baby today, that is the most empowered and awesome feeling. I was commenced on antibiotics at this stage, due to the length of time from membrane release (I only managed one dose which meant a longer than expected stay in hospital of 24hrs, which we didn’t mind anyway). I then hopped in the bath for a while, when my knees started to get sore, I got out and curled up on the bean bag, this I loved and got myself settled into a rhythm here. 2 hours after my internal I started to feel pressure and an urge to bear down, I exchanged a look with my midwife to nodded, smiled and ignored this short feeling at the peak of my surges. I felt it was too early, we both knew it was too early, I breathed through and slowly went with my body as the pressure slowly increased over the next 2 hours. I had another internal at 5pm to confirm I was 9cm and my cervix was just about gone, my short involuntary urges to bear down had made no affect on my cervix apart from possibly pushing it a little further a little faster. I moved onto the toilet after this to allow the remainder of my cervix to shift. My midwife was keen for me to move off the toilet as the noises I was making were consistent with getting ready for baby to birth. I myself knew that bub still had lots of room to move through before arriving. When I felt ready I moved off and hoped in the bath. I never thought I would birth in the bath, so this strong urge and pull towards the bath at this stage in my labour surprised me, I followed it though, and as if I have learnt anything watching other women, your body knows best at this time.

I settled in the bath, Glen at my head offering water between surges and providing his arms as fantastic support for my head. I started to push as the urge with each surge was overwhelming, in my walk and climb into the bath, bubs head had shifted into the optimal position for birth and was coming quickly. After 20 minutes of pushing with my body I birthed my beautiful baby boy, 6.12pm. It was the climax of a beautiful, surprising, enlightened pregnancy. I climbed out after 10/15mins (I’m actually not sure how long, I lost track of time and it seemed a timeless period) to birth our placenta. Seated on a birth stool, with my babe in my arms, my hubby’s arms around both of us, the world came together for me. Our son hoped on the breast to assist the birth of the placenta and this was also a simple and quick process. I was able to have a look at my placenta, our joint connection after over an hour of skin to skin, exploring and getting to know our newborn and a shower. It was surreal to climb into bed 3 hours later showered, dressed, all the staff and supports gone, hubby gone home for a sleep in our new house and look at my new baby. What a day is an expression I will never look at the same.

I hope in me sharing my story you are inspired to enjoy your own empowered, beautiful birth, where whatever the outcome you can own your decisions and make your birth yours. If you want assistance in maintaining relaxation and letting your body take over its important task of birthing, get in contact via the website contact page to discuss HypnoBirthing and how it can facilitate a gentle birth.